I wanted to make this post because I see a lot of memes and simplistic assumptions about the movements of the planets and I feel like many people who are probably new to astrology are misinterpreting what the meaning and use of astrology is, and in doing so they're limiting what they can potentially get from this very powerful and life-changing area of study. https://i.redd.it/zff6l2fnag931.png Look at the image above. This is taken from the most intuitive side of psychology, namely gestalt psychology, which in my opinion is what comes closest in terms of pure reasoning to the logic of astrology and the occult sciences in general. Here you can see three different pictures, but each one of them has different interpretations according to what you interpret as the figure and what you interpret as the background. ​ The correct use of astrology, in my opinion, should not be to point at a chart and say "oh, this is why x is happening, it's because this chart shows this aspect/transit. The transit/aspect is causing what is happening to me right now". It actually be the opposite. You should look at your self, at your inner life, at your first-hand experience (and this is why I think that studying astrology without studying the psyche is almost useless), and use astrology as a tool to discern, in your field of consciousness, what is the figure and what is the background. So instead of saying "x planet is giving me a very hard time" or "brace yourself, x transit is going to happen" you might say "oh, I'm having a major Pluto transit, this is why I'm having such a hard time. I better find those areas of my life and of my self that need urgent transformation, or I'm going to be in trouble". Or, to make another example: "Oh, I thought everybody was just being annoying, but it turns out that mars is transiting my natal moon". This way, you use astrology to properly discern what is the background from what is the figure, bringing clarity, power and purpose into your daily existence. ​ To put it in other words once again: your first-hand, personal experience and the content of a given chart are not separate entities and do not represent separate realities. They complement each other; one brings more clarity to the other and vice versa. ​ As Richard Tarnas used to say, the planets do not rule our lives and vice versa. They are part of the same flowing universe. When we look at a clock, we don't say that the clock is determining time. The clock is only indicating time, something which is already there. Astrology does the same with the soul: it doesn't determine how our lives go, but it can help us in understanding the dynamics occurring in the deepest layers of our being. Thanks for reading this far, I hope you found this useful :) Have a nice day! 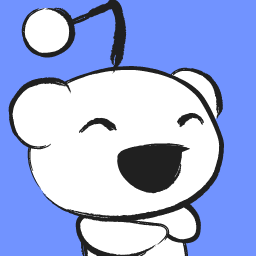