I just wanted to post about something that reoccurs every now and then within astrology; predicting that someone will experience abuse. I wanted to write this just to inform anyone who is wishing to look into it because, as far as I have found, it is a dangerous game. (I feel the title is enough of a TW, but just incase **TW: (sexual) abuse**) There's (at least) three reasons I would tell someone to refrain from trying to "learn" how to predict abuse from a birth chart; **astrologically, philosophically** and **psychologically**. The first is, most relevantly, the incorrectness of being able to predict certain abuse in a birth chart (**astrologically**). Birth charts, as we all know, are amazing and show us how we are, our life paths etc. However, it can't predict abuse. I am open in being wrong and corrected, but I have asked astrologers who have been doing this longer than I have, as well as studying charts (consensually) of people who have suffered abuse; childhood abuse, sexual abuse, emotional abuse etc. I found nothing that would show that a "challenge" would be in the form of abuse. In retrospect with transits, you can see how it could happen when a certain transit came up, however to be able to predict it is false. For a more lighter example - take the lottery. Sure, there are aspects that show falling into wealth, but that never specifies whether the wealth is in thousands from inheritance or billions from a lottery ticket. The same can be said for abuse; birth charts can predict challenging relationships with certain relatives, or a challenging relationship/childhood in general, but making the leap of "challenging relationship" to "abuse" is a big step. The **philosophical** side of this is, given you could predict abuse, would you really want to be able to? Imagine looking at your best friends chart and it predicts abuse as a definite fact; would you want to know that? Would you really want to be in the situation. The **psychological** side of it is the idea that abuse is set in stone; an uncontrollable inevitable event that was *bound* to happen. Believing abuse is in a birth chart relieves the abuser of responsibility and also is somewhat victim blaming. One of the people's birth charts I studied admitted to me that she had been told by someone else that her sexual assault happened because of a transiting aspect on her chart. She really beat herself up for that and said it brought so much relief when I informed her of what I have written here. As mentioned primarily, I am not writing this to tell people they're wrong, but more to deter people from researching how to predict abuse. A lot of people make a living from astrology and want to one-up the competition, this can come in a false claim of being able to predict abuse. This was a long one and thank you if you read up to here! Obviously I know I am not all-knowing and I am posting it here so people feel they can input with their own beliefs/ideas. 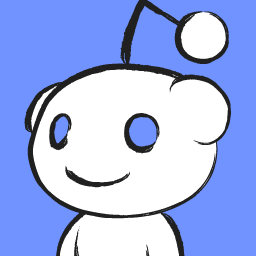